Posted by London Guided Walks on Tuesday, August 26, 2014 Under: Hidden

Wardrobe Place is a little courtyard just off Carter Lane. This is hidden place in London which feels like the streets were left untouched by the great fire in 1666. This, however, is an illusion as they were all burned down.

What is the King's wardrobe?

King’s wardrobe established by medieval king Edward III – kept ceremonial robes of state, on view just as crown jewels are today.
The Wardrobe, originally housed within the Tower of London was where (as the name might suggest) King's kept their clothes, and also armour and treasure. It was moved in 1311 by Edward II to Lombard Street, then later to the site where the group are standing, by Edward III. It's currently a quiet little space populated by a few trees, offices, a hotel and enclosed largely by 18th century houses.

In 1604 Shakespeare received 4 ½ yards of scarlet cloth from the Wardrobe enabling him to attend state entry into London of James I.

If you have ever read any of Samuel Pepys' diary, the name might sound familiar, as 'The Wardrobe' was the generic name given to the surrounding area and one he mentioned quite frequently. Pepys was a visitor to the Wardrobe on several occasions as he was required to dress the part for attending Court. He must have been one of the last people to visit before the Wardrobe was destroyed by the Great Fire.

Christopher Wren did have grand plans for the rebuilding of London, much like what had happened in Paris, but his plans were ignored. Much of then known London was rebuilt without any alteration to the original street plan. Houses, this time, were made of brick rather than timber.

The wardrobe, however, was not rebuilt. In 1709 the office of the Wardrobe was abolished and the garden of the great house was converted into this courtyard. 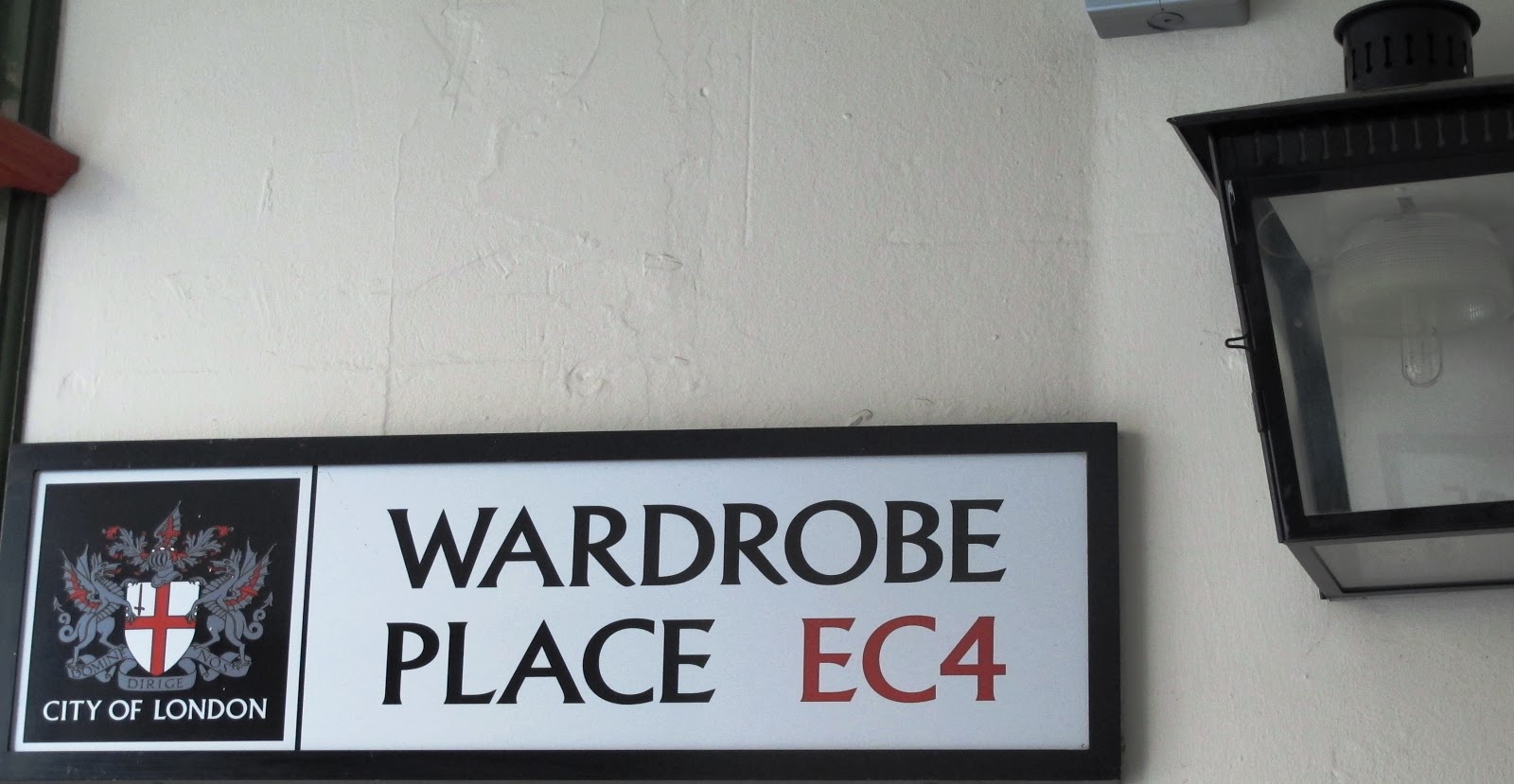 Tags: hidden
« Back to posts

Site by Hazel  |  Photographs by Hazel or Ian